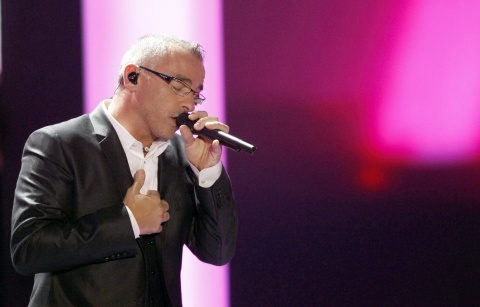 I have always had a particular liking for Italian music since my early teenage years. I remember when I was at school, I decided I must study Italian to be able to understand the texts of my favourite songs of Celentano, Mina, Vanoni, Al Bano, Pooh, Matia Bazar and many others.

I wanted to know the meaning of the words sounding so appealing in the beautiful melodies... This is my most vivid memory of the Italian song from the near past, from my "yesterday" – so beautiful and romantic that it makes me dream.

Today by coincidence the Italian song became my personal destiny – I chose to make it popular not only in my home country, Bulgaria, but also around the world. And I am so happy with my choice because I am doing this with all my heart and love.

I can't stop admiring the exquisite melody, beauty and romance of the magnificent sounds in the songs streaming from the language of Dante and d'Annunzio who are part of the genetic code of Italians.

Beyond question, the genius of Verdi was the first to express by music all that Italy represents. It is a well-recognized fact that Italy is among the few countries in the world having "golden classics" in popular music still alive today.

The proof is the most performed and most translated song for all times, Domenico Modugno's Volare, followed by the hits of a constellation of artists such as Celentano, Toto Cutugno, Al Bano, Pooh, Ricchi e Poveri, Mina, Umberto Tozzi, Eros Ramazzotti and many, many others.

Italy is a conglomerate of diverse cultures, traditions and values. The blending element common to the whole nation is the cult of beauty and of music, and this is easy to explain having in mind the exceptional vitality of the Italian spirit.

All these qualities have been reflected in the popular Italian music from yesterday, from today and I hope they won't be forgotten tomorrow because precisely that tradition has allowed Italian music to occupy its deserved place of honour on the world stage as a specific genre enjoyed by hundreds of thousands of admirers from all over the world.

I'm saying this not as a fervent fan but in my quality of a professional having close observations and impressions in my course of work with artists, such as Al Bano, Pooh, Pupo, Umberto Tozzi, Ricchi e Poveri, Matia Bazar, Riccardo Fogli, Eros Ramazzotti and many others. But I cannot hide my concerns about the younger generation in the Italian song today.

More and more the Anglo-Saxon and American music is "creeping into" their new author songs, and the traditional Italian sounding seems to have been left in the cold. That's a very bad mistake, which I hope will very soon be understood and set right, at least by considering these Artists are absolutely unpopular outside their native country.

As we all know – the audience can give the fairest judgment about the artist and his performance. I even think that the artist is the one who should give a round of applause to his fans before they applaud him because they are most sincere both in their criticism and in their love!! I remember I had a very informal conversation with the great Italian composer and arranger Detto Mariano.

The center of our discussion was what was happening with the Italian song. I remember the Maestro's reaction, I can't forget the way he looked at me – very serious and sad at the same time, and he said,"I think we are losing the essence of our tradition which has made Italian popular music golden for years on end!"  I fell silent in agreement...

I can't believe these were the words of the Maestro who worked for Lucio Battisti, Mario del Monaco, Giuseppe di Stefano, Celentano, Mina, Vanoni, Al Bano, Bobi Solo, for absolutely all Italian singers in the popular genre in Italy and who has created 80% of the golden hits of Italian popular music, such as the unforgettable Casa Bianca as well as the first hit of Celentano Il ragazzo della via Gluk, the founder of Il Clan Celentano.

The Maestro was the one who showed me the way and guided me through this profession (music manager and producer), so delicate and humane in its own way, popularizing love and happiness in the songs of one nation throughout the world by means of the most sophisticated art – music.

I felt sad when I heard his thoughts about the Italian music of tomorrow, and partly of today, but Mariano's optimistic smile brightened up the atmosphere. He hurried to give me courage, which definitely cheered me up, by saying: "No need to worry, I have written so many hits that haven't been released yet, and they are waiting for someone to like them and properly promote them".

To be sure!! No doubt Mariano is right. The tradition cannot be brought to an end when it is incorporated in the blood of the nation. I myself am not less optimistic because, in my opinion, there is no other nation rooted so deeply in its traditions and moral values as the Italian one. I have not heard of another nation having a song called L'Italiano as one of its greatest hits, which is also widely popular all over the world.

I have not heard of another nation having such a bright herald of its life philosophy as the remarkable figure of Fabrizio De Andr? who said:"Nothing grows out of precious diamonds, out of dung the flowers do grow" (from the song Via del campo). Having in mind these bright examples, the Italian song will still remain a leader in the world art of music, and what is more, I believe it has much to give in the future because it brings the vital and beautiful message of a unique and exceptional singing nation springing from the bottom of the Italian heart.