Macedonian President: Without Balkans, Europe Is Bird with Broken Wing 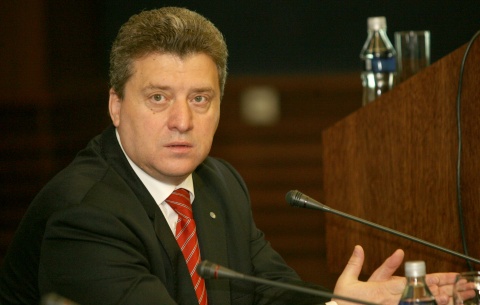 Macedonian President George Ivanov giving a speech at a summit in Sofia dedicated to the European future of the Balkans. Photo by BGNES

The European Union must concentrate its efforts in the full integration of the Western Balkans into the European values and prosperity, stated Macedonian President George Ivanov in Sofia Sunday.

Ivanov is taking part in a summit entitled "The Balkans in Europe and the World in the 21st Century" taking place over the weekend in the Bulgarian capital.

"Europe is a bird that must fly far, but how can a bird fly with one of its wings broken?" asked metaphorically the Macedonian President, referring to the countries in the Western Balkans.

In his speech, Ivanov stressed on the need to fully embrace diversity, democracy and freedom, something for which he sees present impediments not only in former communist countries, but in the European continent as a whole.

"Everyone wants to be recognized as who he or she is, and this is a challenge even for the Western countries, in which we are witnessing an ethnization of politics," stated Ivanov.

He further recalled that nations in the Balkans have not yet achieved the freedom and recognition they dreamed of while living under totalitarian regimes before the 1990s.

"As a political project, the EU cannot succeed unless it covers the whole European continent," remarked the Macedonian head of state.

He further emphasized that especially in light of the current events, the European model of equality and recognition is a beacon for the peoples in regions such as North Africa and the Middle East.