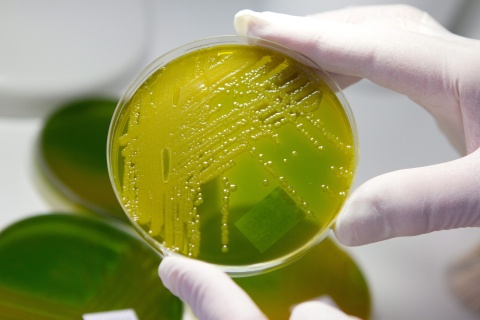 At least 1,000 cases of hemolytic uraemic syndrome believed to be caused by a strand of the Escherichia coli bacteria carried by Spanish cucumbers have been reported throughout Europe.

Some of the cases are of people who have recently traveled to Germany, where the greatest batch of infected cucumbers is believed to have been imported.

Germany has seen the most severe outbreak of the disease, with 10 fatalities reported this far. Health authorities have described the outbreak as one of the largest worldwide and definitely the largest for Germany ever.

The syndrome, caused by the so-called Enterohemorrhagic Escherichia coli (EHEC), leads to hemolytic anemia and might cause acute renal failure.

It chiefly affects children, but the current outbreak is uncharacteristic in having mostly felled adults.

Infected cucumbers imported from Spain have been also detected in the Czech Republic, where no cases of the syndrome are reported this far.

Bulgarian food authorities have informed that no such cucumbers have been imported in Bulgaria.

Samples from various vegetable producing estates in Spain have been sent to laboratories, and the results are expected Monday.

Further investigations as to the mechanism of the epidemic are underway, are more cases are feared to be imminent.