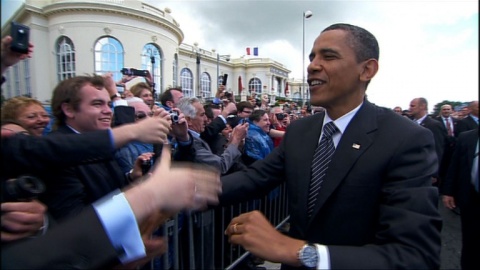 Bulgariаn President Georgi Parvanov will take part in the 17th meeting of the heads of state of the countries in Central and Eastern Europe, which will feature a working dinner with US President Barack Obama.

The meeting taking place on May 27-28, will be hosted in Warsaw by Poland's President Branislaw Komorowski; it is entitled "Roads to Democracy: Shared Experience of Democratic Transition", which suggest a desire to use the lessons from the post-communist transitions in Eastern Europe over the past 20 years in order to help out the transitions in the Middle East in the so called "Arab spring."

The annual meeting of the heads of state from CEE was started in 1993 by then Austrian President Thomas Klestil.

US President Barack Obama will host a working dinner for the Eastern European presidents during the last stage of his European tour. According to Polish officials, the major topics of their talks will be how to apply some of the lessons from Eastern Europe to the transitions in North Africa.

While the heads of state of the Eastern European countries, Germany, Austria, Italy, and the countries from the Balkans and the Baltics will be present at the dinner, the President of Romania Traian Basescu and the President of Serbia Boris Tadic are expected to be absent as a sign of protest against the participation of Kosovo President Atifete Jahjaga. Both Serbia and Romania have refused to recognize Kosovo's independence.