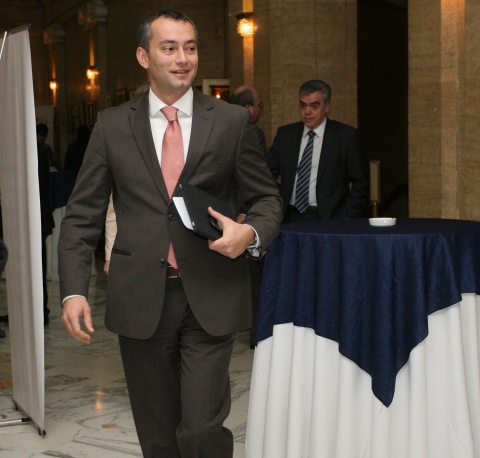 A total of nine new Consul Generals have been appointed by the Bulgarian Foreign Ministry to represent the country abroad.

The appointments were announced by Foreign Minister Nikolay Mladenov and approved by the Council of Ministers on Wednesday. Until now, the country had acting Consul Generals at those places.

Bulgaria's new Consul in Thessalon?ki will be Vasil Valchev, who already took the same position between 2000 and 2004.

Alexander Velev, a journalist and former Director of the Bulgarian National Radio, has been appointed in Istanbul. Antoaneta Baycheva will be the new Bulgarian Consul in Munich, Irina Beleva is chosen for Shanghai, Petya Nesterova - for Saint Petersburg, Marin Dimitrov – for Los Angeles, Simeon Stoilov – for Chicago, Angel Kalinov for Dubai and Ivo Moskurov for Toronto.

The new Bulgarian Consuls in Shanghai, Chicago, Los Angeles and Dubai are people with substantial economic experience and will work on boosting the economic contacts with Bulgaria, Minister Mladenov revealed.

As of Wednesday, Bulgarians with proven links to the former State Security will be banned from becoming ambassadors, consuls general, as well as from all other public offices in the diplomatic corps, the Parliament decided Wednesday.

According to the newly approved amendments to the Diplomatic Service Act, which were proposed by the Bulgarian Foreign Ministry, people currently occupying such positions, who have been part of the former State Security Service, aka DS, the secret police and intelligence service of the Bulgarian communist regime, will be removed without prior notice and re-employed at other positions.

In end-2010, the so-called Files Commission, the special panel examining the Communist era documentation, revealed that 35 of Bulgaria's diplomats abroad had been collaborators of the former State Security Service.