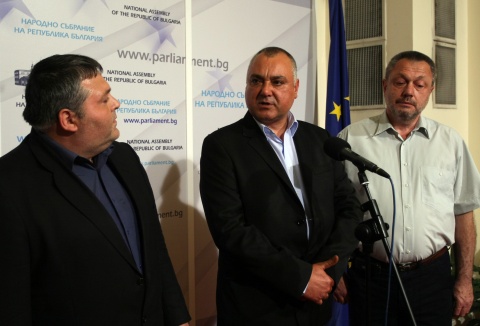 The recent actions of the leaders of the Bulgarian nationalist Ataka (Attack) party, is extermely harmful for Bulgaria's national interests and the country's patriotism, according to three renegades from the party.

"We can no longer tolerate such actions any more. We are decisively against what has happened, as we do not want to participate in such extremist actions," the MP's declared on a press conference, as cited by the BGNES agency.

"We were considering this for a long time and we decided now is the moment to say "Enough!," Gumnerov said.

The three MP's move may contribute to the Bulgarian government's stability, as Ataka recently announced it may turn against it.

Ataka is the ruling centrist-right GERB party's only parliamentary ally. However, earlier Wednesday, Bulgaria's Prime Minister Boyko Borisov  condemned it over Friday's incident. He did not exclude the possibility of early general elections in the autumn, to be held together with the local and presidential vote.

The Prime Minister's GERB has 117 of a total of 240 seats in Bulgaria's unicameral parliament and has so far ruled with the support of 20 deputies from Ataka.