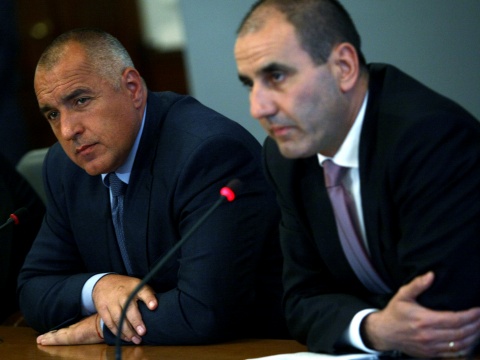 Bulgaria's Prime Minister Boyko Borisov is not concerned over Friday's brawl between nationalists and Muslims in Sofia because he thinks the incident is the result of election campaigning, rather than genuine hatred.

Borisov believes that both the nationalist party Ataka, whose activists caused the incident by assaulting praying Muslims at the Banya Bashi mosque in Sofia on Friday, and the response of the ethnic Turkish party DPS (Movement for Rights and Freedoms) have indicated that the two formations are using such incidents to beef up their electoral support for the presidential and local elections in the fall.

"Unfortunately, looking at the situation, it is clear that both DPS and Ataka have gone into one and the same direction for their campaigns, which is very unpleasant. I don't think this is dangerous because it is election campaigning," Borisov declared Sunday night in Sofia where he awarded the winners in the European Bodybuilding Championship.

He did elaborate this statement by explaining that he does not expect people to succumb to the religious and ethnic hatred because everyone is aware of the moves of the two political parties.

"People have already seen what this is all about, and I hope that neither the Bulgarian Christians, nor the Bulgarian Muslims will give in to any kind of provocations. The fact that both parties started to do these things simultaneously shows that that is purpose," Borisov said.

Borisov refuted criticism that he had to react strongly to the incident because his party GERB has been in an informal alliance with the Ataka party, which provides GERB's minority government with a de facto parliamentary majority.

"I have always said that I am responsible only for GERB and for the actions of GERB activists. We don't have a coalition, and I have never borrowed a person from another party for any position so it is insulting to ask me about the behavior of people from other parties," he said reminding that his party GERB has already issued a declaration on the fight before the Sofia mosque.

"Each one of the participants in the fight before the mosque has an opinion of their own," Borisov said, denying the reporters the opportunity to ask him another question on the xenophobic outburst.

Borisov's comments about the incident are similar to the conclusions about the mutually reinforcing nature of Ataka and DPS made by former US Ambassador in Bulgaria Nancy McEldowney in a leaked diplomatic cable on WikiLeaks, describing the two political parties as each other's "best enemies."