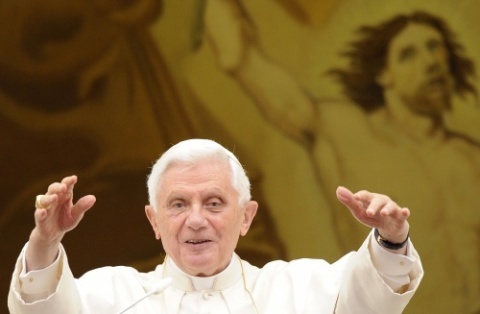 An official Bulgarian delegation headed by Parliamentary Speaker Tsetska Tsacheva is heading for Rome, where they will have an audience with Pope Benedict XVI on May 23.

The delegation will pay a three-day visit to Rome for observances of the Day of Slavonic Letters, May 24, celebrated also as the Day of Bulgarian Letters, Education and Culture.

The Bulgarian officials will attend on May 24 the ceremony at Vatican's Basilica of San Clemente paying tribute at the grave of St Cyril, one of the missionary brothers who created Slavonic's alphabet in the 9th century.

The officials will also attend a solemn service at the Sts Vincent and Anastasius Church on the Fontana di Trevi Roman square, which was offered in 2002 by the late Pope John-Paul II to the Bulgarian Orthodox community in Rome for their worship.

The Church of St Vincent and St Anastasius by the Trevi Fountain was formerly the parish church of the Quirinal Palace on the hill above. The palace was the official residence of the Popes until the unification of Italy in 1870.

On May 24, Bulgaria honors St Cyril and his brother St Methodius who compiled the first alphabet suitable for Slav languages in the Middle Ages. Their alphabet found the most enthusiastic followers in medieval Bulgaria and then evolved to become the Cyrillic script that is used today in Bulgaria, Russia and a number of other countries.