Bulgarians Ashamed of 'Nationalists', Set to Apologize to Assaulted Muslims 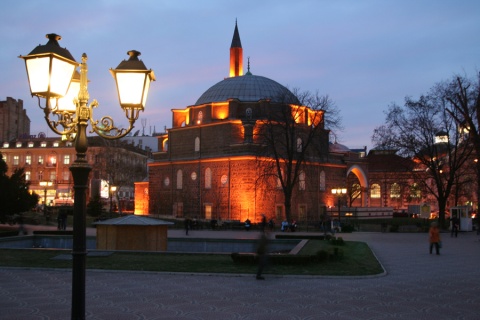 The Banya Bashi mosque in downtown Sofia is located near an Orthodox cathedral, a synagogue, and a Catholic church. Photo by bulgariansights.ne

Hundreds of Bulgarians have rallied on Facebook, ashamed of Friday's incident in which nationalists from the Ataka party assaulting praying Muslims in the Banya Bashi mosques.

The event entitled "A Flower for a Free Bulgaria" gathered several hundred supporters on Facebook within a matter of hours, after it was announced Friday afternoon as a reaction to the brawl in downtown Sofia.

The organizers are planning to lay flowers at the Banya Bashi mosque Saturday evening in order to demonstrate to the Muslims who were assaulted that there are "other people" in Bulgaria who condemn the acts of far-right extremism.