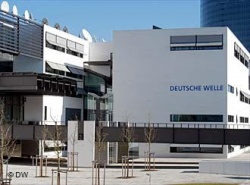 According to the announcement, the suspension of a large part of the radio programs of the state-financed corporation is due to a decision to focus on TV and Internet content.

Shortwave radio, which can be received across continents, is falling into disuse, due to the declining number of people with such receivers.

Although Deutsche Welle's program in Bulgaria has long been transmitted through ultra-short waves, it will be suspended as of July 1. The media will keep its current online presence.

"Deutsche Welle in Bulgaria stays", Alexander Andreev, head of DW's Bulgarian desk, said in a statement. He made it clear that an overall change of strategy of the company envisaged a shift of focus to TV, online and mobile products.

Bulgarian audiences will be able to follow Deutsche Welle programs on Darik Radio and the Bulgarian National Radio (BNR). Details about the airing time and the length of the programs will be provided at a later stage.

Deutsche Welle in Bulgaria will soon offer TV formats, which will be uploaded on the website and will air on TV programs of Bulgarian partners of the media. Further information about this will be available later.

The Bundestag approved these cuts in April.