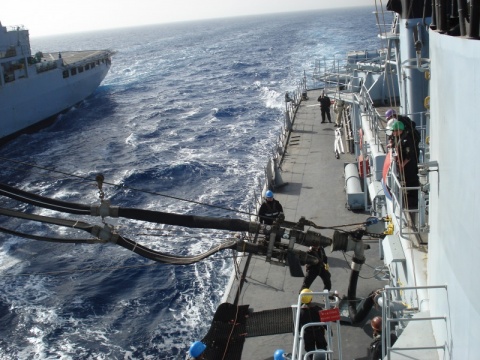 The Bulgarian Navy frigate Drazki has started its second patrol of the Libyan coast within NATO's United Protector operation to enforce a UN arms embargo after completing a midterm break on Crete.

The second patrol of the Bulgarian frigate will be completed on May 31, 2011.

The frigate is manned by a 160-member crew who will receive bonuses of EUR 51-53 per day for the duration of the mission.

Neighboring Romania participates in the NATO naval operation off Libya's coast with the King Ferdinand frigate. The Romanian frigate is manned by 205-member crew.