US Ambassador: Bulgaria's IT, Agriculture Key Sectors for Attracting US Investment 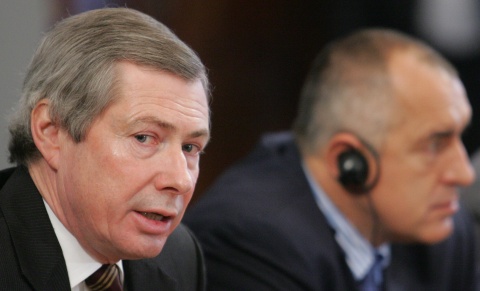 Bulgaria presents exciting trade and investment opportunities for US companies, US Ambassador James Warlick said before embarking on a "Road Show" in four US cities together with AmCham and his Bulgarian counterpart in DC.

"There are many advantages for establishing business relationships here in Bulgaria such as the well-educated and motivated workforce, the low and flat tax rate, quick access to regional markets, and entry into Europe, to name a few... This is the right time to invest, and I hope that US businesses will be as enthusiastic as I am for establishing even more business ventures between US and Bulgarian companies," Warlick told Novinite.com (Sofia News Agency) in an exclusive interview, while also outlining the sectors that he believes harbor the greatest potential to draw US investors to Bulgaria.

"Bulgaria also has a rich tradition in a variety of industries such as Informational Technologies and also in agriculture. Those two sectors, as well as renewable energy, chemicals, pharmaceuticals, oil and gas, mining, and franchising, for example, make Bulgaria a very attractive location for business and investment," he explained.

Bulgarian-US Ambassadors' Road Show, a tour that Warlick and Bulgarian Ambassador to the US Elena Poptodorova are staging in several US cities together with business executives to promote trade and investments with/in Bulgaria.

The tour starts Sunday, May 15, and ends on May 20. The diplomats are going to visit four cities – Chicago, IL; Houston, TX; Phoenix, AZ, and San Francisco, CA.

The 2011 Road Show is the second edition of the initiative to promote investment in Bulgaria among US comapnies after the first Ambassadors' Road Show was staged in 2007, shortly after Bulgaria's accession to the EU by then US Ambassador to Bulgaria John Beyrle and Ambassador Poptodorova, back then in her first term.

In his interview for Novinite.com, Warlick did express cautious optimism about foreign investment in Bulgaria's renewable energy sector in spite of the fact that the long-anticipated Bulgarian Renewable Energy Act adopted recently has been widely criticized by foreign companies in Bulgaria as restrictive and ill-advised.

"The energy sector will continue to pose certain challenges to investment and business expansion – this is not anything unusual. But despite changes in the legislation, I know there are US companies who are still interested in working in this sector, and I welcome their interest and encourage them to pursue such opportunities. And if legislation is changed in the future that is more supportive for the renewable energy sector, I would expect the level of interest to increase," the US Ambassador said.