EC to Finally Give Green Light to Sofia Waste Plant 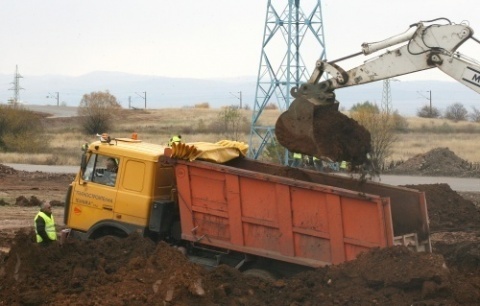 The construction of the Sofia waste treatment plant has already been delayed by a year and a half. Photo by BGNES

The European Commission's approval of the first stage of the construction of the waste plant near Sofia is expected in just weeks, according to the Head of the Regional Policy Directorate, Dirk Ahner.

Ahner is on a working visit to Sofia over the weekend. He inspected Saturday the construction site of the "Lions' Bridge" metro station, part of the second segment of the subway, financed by the EC.

The EC representative explained the approval would mean construction of the compost installation and the landfill could finally begin, adding this will give the Commission and Bulgaria time to prepare for an effective second stage, guaranteeing the full processing of the city's waste.

The City Hall had concluded the procedure to select the subcontractor for the landfill, but is waiting for the conclusion of the appeals of unsuccessful bidders in the public tender. The announcement of the tender for the compost installation is pending.

The second stage will include the construction of the main plant for bio treatment of the waste. Currently, there is an expert analysis going on to establish if the fuel produced by the plant can be used for heating in the capital.

The Minister for the Management of EU Funds, Tomislav Donchev, explained Bulgaria had fulfilled EC request to divide the project in two stages and voiced optimism about the approval of the first one.

Mayor of Sofia, Yordanka Fandakova, informed the tender for the compost installation had been halted because none of the bidders offered an acceptable price.