Gaddafi: I Live in Hearts of Millions, Nothing Can Harm Me 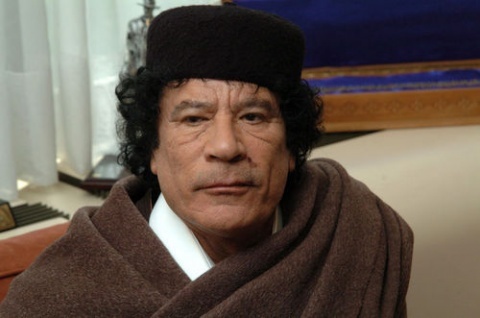 Libya's embattled leader Muammar Gaddafi has made a radio address to the nation saying he is in no worry about his life, a day after it was reported he is wounded and fled Tripoli.

Friday Italian Foreign Affairs Minister Franco Frattini alleged Gaddafi was wounded by a NATO strike and has left his compound in Tripoli.

"I live in a place where there is completely impossible that I am eliminated," said the Libyan leader Saturday in a message also shown by TV, but only featuring a sound recording.

Gaddafi's message was nevertheless deeper than just stating the fact that he is located at a secured and secreted compound.

"NATO cannot come and kill me where I am. For I live in the hearts of millions," declared the Libyan leader.

Counter to all appearances, NATO has thus far been officially denying it intends to kill Gaddafi.