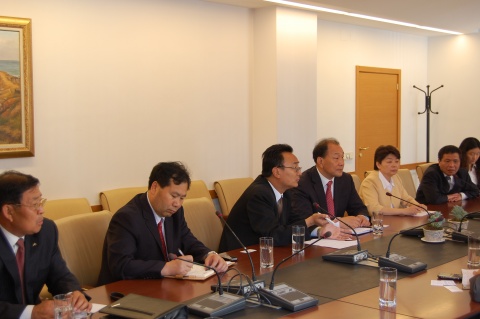 Chinese companies have demonstrated committed interest in investment in Bulgaria's agriculture, according to Agriculture and Foods Minister Miroslav Naydenov.

Tianjin State Farms Agribusiness Group Company is seeking to buy or rent 12 000 decares in the Vidin District, and more land in the districts of Vratsa and Montana, also in the Northwest, which is the poorest region in the EU. In addition, the Chinese corporation is interested in some 40 000 decares of land in the Yambol District in the southeast.

According to the Vice President of the company, Li Liyan Suo, the potential investors are interested in breeding corn and forage crops, and to export the produce to China.

He pointed out that China is currently importing the same agricultural products from the USA, and that their investment in Bulgaria will create jobs and stimulate domestic demand.

"Foreign investment is welcome in the Bulgarian agriculture," Minister Naydenov told the Chinese investors stressing that they will be able to take advantage of all respective tax cuts and breaks.