Bulgarian Nationalist Leader: US Ambassador Threatened to Destroy Me! 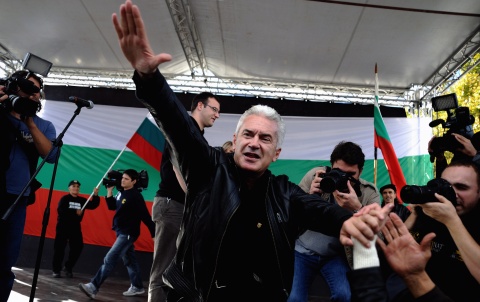 Volen Siderov, leader of the far-right Bulgarian Ataka (Atack) party claimed US Ambassador to the country James Warlick threatened to "destroy him".

In Siderov's words, he encountered Warlick by chance the other day and presented him a "bill", which was actually the total cost the nationalist believes the US has to pay for using military bases on Bulgarian soil in the period 2006 – 2011 – USD 2 B.

Upon receiving the "bill", Warlick threw it and threatened he will "destroy" Siderov, the Ataka leader said from the Parliamentary tribune Friday, adding the encounter was "documented."

Siderov declared he will ask the Bulgarian National Security Service to protect him.

"When the Ambassador of the world's most powerful state threatens you, it is normal to feel afraid," he admitted.

Ataka is the ruling centrist-right GERB's only ally