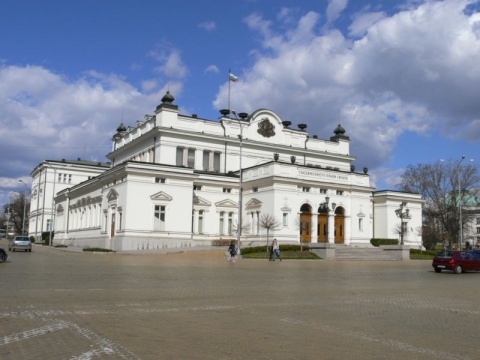 File photo of the Bulgarian Parliament

The Bulgarian Parliament is expected to discuss Friday the proposed amendments in the country's Election Code after the Constitutional Court revoked some of the texts in it.

A much discussed texts among the revoked amendments is the permanent residency requirement for local elections, which provided that only Bulgarian citizens, who had lived in the respective city or town for the last 12 months, can vote for mayors and members of municipal councils. It was introduced by the ruling centrist-right GERB in an attempt to counter tampering with election results by transporting voters from one location to another – the so-called "election tourism."

The claim against the text was submitted by the two major opposition forces – the Bulgarian Socialist Party, BSP, and the ethnic Turkish Movement for Rights and Freedoms, DPS.

The Constitutional Court based their rule on the grounds international practice provides for 6 months of residency, not 12.

However, for the upcoming presidential and local elections in Bulgaria in the fall of 2011 there will be a 10-month permanent residency requirement for voters because this text had not been challenged in court by the opposition. The Election Code was passed by the Parliament at the end of last year, when it was too late to have the 12-month requirement included for the 2011 elections.

On Thursday, the Members of the Parliament decided to give voters two months to reregister if they have changed their address after September 1, 2010.

The Constitutional Court further annulled a text requiring 12-month residency for European Union citizens without Bulgarian passports in order to give them voting rights in local elections; text requiring people running for Members of the European Parliament to have resided in Bulgaria or another EU Member State at least for the last 2 years; text providing that a member of the Central Electoral Commission can be dismissed under the request of the political force that had nominated them, text requiring from political parties to have 2% of the vote on national level in order to be refunded their pre-election deposit, along with the pilot electronic voting, which was scheduled to take place for the first time in Bulgaria in the fall.