Bulgaria to Set Up EU Border Control Air Base in Burgas 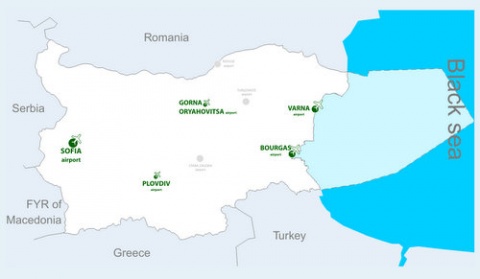 Bulgaria's Interior Ministry will use part of the territory of the airport in the Black Sea city of Burgas in order to set up an air base for the surveillance of the southeastern-most external border of the EU.

This has become clear from a government decision adopted Wednesday to amend the concession contracts of the Varna and Burgas airports.

In addition to facilitating the investments of the concessionaire, Fraport Twin Star Management, the changes to the concession contracts are necessitated by needs of the border control in Southeast Bulgaria as an external border of the European Union.

Thus, part of the concession territory of the Burgas Airport will be provided to the Ministry of Interior for setting up an air base of the Regional Border Police Directorate in Burgas.

The air base will be used for air surveillance along Bulgaria's land border with Turkey and the Black Sea border in order to counter illegal migration, and to host the forces and facilities of the Special Air Surveillance Squad.

One of the major obstacles for Bulgaria's entry in the border-free Schengen Area by the original deadline of March 2011 was that some deficiencies were found in its border control along its border with Turkey, which were subsequently fixed.

Southeast Bulgaria, along with northeast Greece, is a potential hot spot for illegal immigrants wishing to enter the European Union.