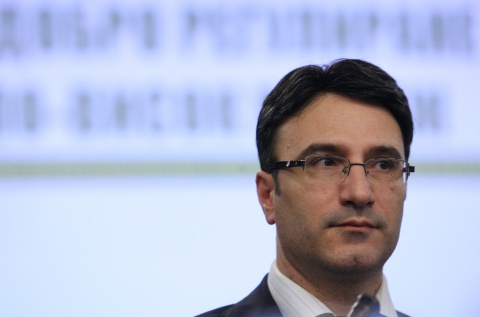 In a highly controversial statement, Bulgaria's economy minister has defended, though half-heartedly, the flourishing gray sector in the country, saying that still it generates growth.

"If we have to choose between gray economy and no economy, Bulgaria is definitely better off having gray economy," Minister Traicho Traikov told the morning broadcast of bTV channel on Wednesday.

"Gray or not gray, these are economic activities, which generate gross domestic product," the minister said.

He was asked to comment a new survey of the Association of Industrial Capital, which shows that every second Bulgarian works in the grey economy and it already accounts for 45% of the market.

According to the minister the data can be challenged.

"Estimates of the gray economy are based on different methodologies. The one cited is based on people's perception and it is well known that in this case the final percentage is unrealistically high," he said.

The gray economy in Bulgaria in 2010 had a 40% share of the entire business sector and keeps growing, according to the Association of Industrial Capital (AIC).

AIC presented Tuesday the results of a nation-wide poll among 3 500 employed people, ages 15 to 85.

Employees say this share is nearly 48%, while the average Bulgarian puts the percentage points at 58.

Paying cash under the table, not offering full benefits, tax evasion and unfair competition are the most common practices of the gray economy, according to the poll.

The respondents believe the main damages to the honest business are losses from profits, market positions and staff.

The city of Montana is the leader in gray economy with over 62%, followed by Burgas and Yambol – with 61% each. In the capital Sofia the percentage is 41 while it is the lowest in the city of Kardzhali – 34%.

52% of Bulgarians, who work in the gray economy, have made this choice over low income and bad economic situation in Bulgaria while two thirds of the shady business gives bureaucracy es excuse.

Experts from AIC recommend that the cabinet pays off its debt to the business and apply the idea of the European Commission for unified tax base in the European Union, which will lower corporate tax in Bulgaria, as ways to counter the gray economy.