Commissioner: EU Must Become Federation with One President 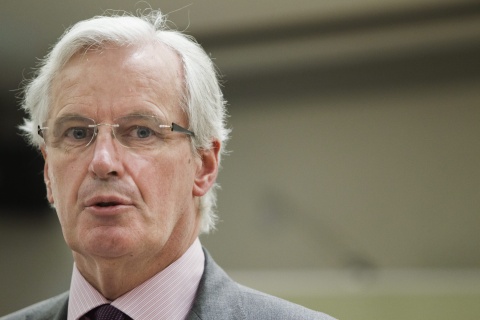 European Internal Market Commissioner Michel Barnier has given a speech supporting in strong terms the need for ever stronger integration and a simplification of the workings of the EU.

Speaking during Europe Day celebrations at Berlin's Humboldt University, the Frenchman urged that the EU must become a "federation of nation states" with a clear and unified leadership.

The notion of an European "federation" is dear to pro-integrationists and anathema to those favoring a more independent, intergovernmental-based approach.

It is unprecedented that an EU official at a level that high takes part in this debate, comments EurActiv.

In recent years, there has been a stalling of integrationist pathos, after the failure of the EU Constitution, an enlargement fatigue, and the economic and financial crisis.

Some countries, such as EU greats Germany and Barnier's own France, have sought for a more active and independent role of their own nations.

Barnier further speculated that the involvement of the European citizens and the democratic legitimacy of a federal union might be safeguarded by a Congress composed of the European Parliament and representatives of the EU's national parliaments.