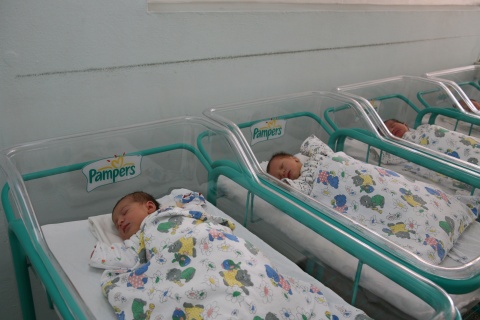 A baby died on May 06 in Sofia during a home birth in a new instance of a rising trend of unattended childbirths.

The police have launched an investigation into the home birth that ended with the infant's death.

On 06 May (St George's Day), a 32-year-old woman with a dead baby in her hands appeared five minutes before midnight at the Saint Sofia Medical Center in Sofia. She had given birth at home, which was near the hospital. The newborn was not breathing at the time of birth. The doctors could do nothing else but certify the death of the baby.

The doctors from the hospital were positive that this would not have happened if the woman had given birth at a medical instidution. Speaking in an interview for bTV, they added that, although there were no explicit regulations permitting this in Bulgaria, the trend of giving unattended childbirth in a non-clinical setting was gaining popularity.

"The patient explained that she had had labor pains that had lasted throughout the whole day, but she had taken a firm decision not to enter hospital in an attempt to avoid invasive medical procedures and give what she defined as an "as natural as possible" birth. The patient had been warned that she should be admitted to hospital," said Dr. Raina Kovacheva, doctor on duty, as quoted by bTV.

The woman, who holds a Doctor of Veterinary Medicine degree, declined to give an explanation as to why she had refused medical help. She told the doctors that she had wanted to avoid excessive intervention in the natural process of giving birth to her second child, although she had been advised against it.

"There has been a trend among certain patients' circles for demanding an as natural as possible birth in a home setting...There are many patients who refuse any medical intervention, including regular checkups and health monitoring," said Dr Valentina Grigorova, deputy director of First Obstetric & Gynecology Hospital, St. Sofia.

According to information of Bulgaria's Ministry of Helath, home childbirths in the country amount to less than 1% of the total.

However, the issue is a hotly contested one, as it raises serious concerns about maternal and infant safety. Women who do not receive prenatal care and give birth unattended have a much higher risk for maternal deaths and perinatal mortality.