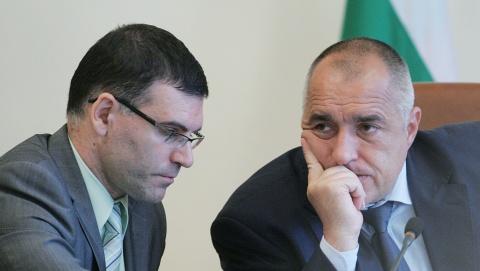 Bulgaria's Finance Minister Simeon Djankov, who is charge of ties with the Bulgarian diaspora, has met with members of the historic Bulgarian minority in the Albania.

Visiting the Albanian capital on Monday after a visit in Croatia, Djankov announced the future opening of a Bulgarian cultural center in Tirana.

He welcomed representatives of the ethnic Bulgarians in Albania in the Bulgarian Embassy in Tirana.

Several thousands to several tens of thousands of ethnic Bulgarians from historic communities are estimated to live in Albania including both Bulgarian Orthodox Christians and Muslims, mainly in the communities of Golo Bardo and Mala Prespa in the Albanian east and southeast.

Djankov met with members of the three associations of ethnic Bulgarians in Tirana. One of them, Hadzhi Pirushi, has praised the program of the Bulgarian government for accepting Bulgarian youth from Albania into Bulgarian universities, as cited by the national radio.

The Bulgarian Finance Minister said the government will provide additional funding for scholarships of Bulgarian students from abroad. He stressed that the government is working on a ranking of the universities which will lead to changing the foreign student quotas of state schools.

Over 350 ethnic Bulgarians from Albania have earned university degrees in Bulgaria so far.

Djankov further stressed that the Bulgarian government will be encouraging Bulgarian companies to invest in regions abroad populated with ethnic Bulgarians.