Bulgaria's Varna Airport to Be Shut Down for 4 Months 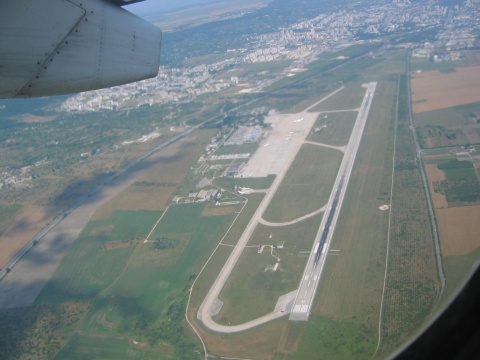 Bulgaria's Varna Airport will be closed down for 4 months for repairs. Photo by airgroup2000.com

The airport in Bulgaria's Black Sea capital Varna will be closed down for unprecedented repairs after the end of the 2011 summer tourist season.

The Varna Airport will be undergoing repairs from October 15, 2011, till February 28, 2012, the Nadorno Delo daily reported. This is the first time the airport will be shut down since it was opened on May 9, 1948.

The Varna Airport management has already started to notify the air companies and tour operators about the planned temporary closure.

The local press points out that the shutting down of the airport in Varna will be especially unpleasant for the businesspeople who travel often between Sofia and Varna, because now their trips will be several hours longer if they have to resort to taking a bus or traveling by car.

The thorough repairs will focus on laying new asphalt on the tracks of the entire Varna Airport, replacing the drainage and light systems, and extending the runway by 5 meters.

In 2010, Fraport Twin Star Airport Management paid the Bulgarian state a total of BGN 13 M for the concessions of the Varna Airport and the Burgas Airport.