Bulgarian PM: It's Normal That I Don't Run for President 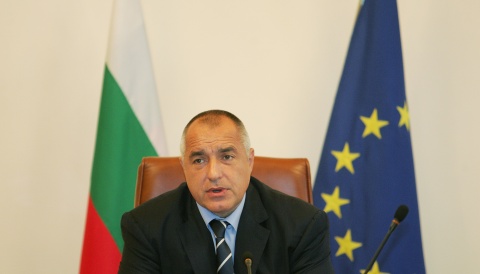 Bulgaria's PM Boyko Borisov chairing a sitting of the Council of Ministers. Photo by BGNES

Bulgarian PM Boyko Borisov stepped up the intrigue on whether he'll run for president in the fall by arguing that his current office might excuse him from doing so.

"It is highly normal for each party to nominate its leader for a presidential candidate," stated Borisov Sunday, as reported by the Bulgarian National Radio.

"The presidential race is a race for leaders. Only the GERB party is excused from that option, as its leader [i.e., Borisov himself] is currently Bulgaria's PM," added Borisov.

The Bulgarian PM and center-right GERB leader also announced that his party will announce its final nominee in the month of August, pulling back an earlier announced July date.