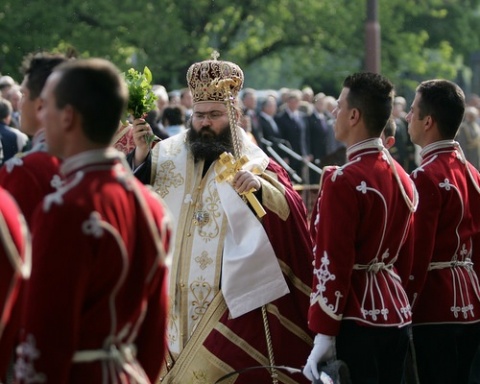 On May 6 Bulgaria consecrates Army colors. Photo by BGNES

Preparations for the military parade to be held on May 6, Bulgaria's Army Valor Day, are beginning in Sofia Thursday, the Defense Ministry informs.

Bulgarian Air Force helicopters are conducting practice flights at low height over the capital's central square "Alexander Nevski" between 10 am and 11:30 am and from 2 pm until 3:30 pm.

After the Communist regime came to power, in 1946, the holiday was banned to be reinstated on January 27, 1993 with a decision of the Bulgarian cabinet.

Since 1998 it has been marked as a national holiday, and it is a day off for workers across the country.