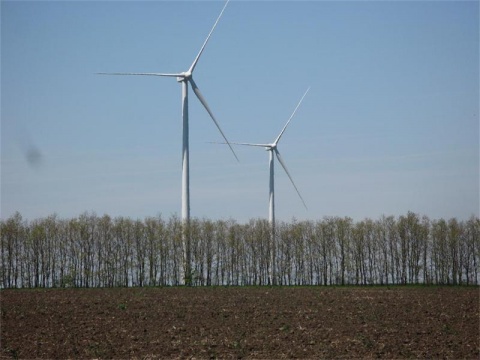 Investors say not a single wind energy project will be realized in Bulgaria under the new RE Act. Photo by bgfermer.bg

Bulgaria's newly adopted Renewable Energy Act contradicts the Constitution and EU law, and will shatter the country's energy future, according to the Bulgarian Wind Energy Association.

The Bulgarian Wind Energy Association issued Wednesday a devastatingly critical statement on the highly controversial law, whose adoption had been anticipated eagerly by hundreds of local and foreign investors only to see their hopes for facilitated investments dampened.

"We are highly disappointed with the new Renewable Energy Act and we believe that it will have severe consequences for the Bulgarian economy. We want to draw attention to its three major flaws: 1) it places Bulgaria at huge financial risk in the event of a failure to reach the EU 2020 renewable energy target; 2) it is in direct violation of the Constitution of the Republic of Bulgaria and EU directives; 3) it will sacrifice the entire renewable energy sector with thousands of jobs, investment and income for underdeveloped regions, and, most importantly, will sacrifice Bulgaria's security and energy independence," the Bulgarian Wind Energy Association stated.

The wind energy investors argue that Bulgaria's meeting of the EU 2020 renewable energy goal must be the cornerstone of the country's sustainable and independent future, and a major factor in EU policies for combating climate change.

"Instead of encouraging the development of renewable energy in Bulgaria the new law is practically creating conditions for the complete freeze of the industry, and will have very severe consequences in the near future," the statement says.

The investors point out that every percent below Bulgaria's EU 2020 target will cost the country BGN 200 M per year, which means BGN 13 more for the annual electricity bill of each Bulgarian household. At the same time, the total cost of wind energy at the moment adds BGN 0.28 to the bill of every household. The Association says that even if all of the planned wind energy projects with a combined capacity of 2 500 MW start working right away, this sum will rise only to BGN 0.92 because of the preferential prices for renewable energy abolished with the new law.

The wind energy investors argue the law violates the Constitution and EU regulations by introducing post-dated measures regarding investment projects under development, which "undermines the trust in Bulgaria as an investment destination."

"What is more, while EU directives stipulate that RE projects must get a priority access to the power grid, the law places RE behind all other kinds of energy. For example, it places limits on renewable energy sources that do not exist for any other conventional energy source," the investors complain.

According to their statement, however, the worst flaw of the Bulgarian Renewable Energy Act is that the investors will be finding out the price at which they will be selling their energy only after the construction of their power generating facilities is completed.

"For each investor this means that they will have to work for years on their project, to create dozens of jobs, and invest big in equipment and construction while in the meantime the state regulator will be able to change the electricity purchasing price without any restrictions and without any predictability for the investor. This lack of clarity is an insane risk that no sane investor, a bank or a serious person, could assume. The result will be that not a single well-founded wind energy project will be realized until this law is changed. The Bulgarian Wind Energy Association will use all of its resources to dispute this law. We will not stand idly by watching how this law destroys investment and jobs, and is ruining the trust in Bulgaria," the declaration concludes.

According to its website, the Bulgarian Wind Energy Association was founded in June 2010, and currently has more than 40 members; the association unites the majority of companies active in the Bulgarian wind energy sector including manufacturers, developers, financial and technical consultants and law firms.