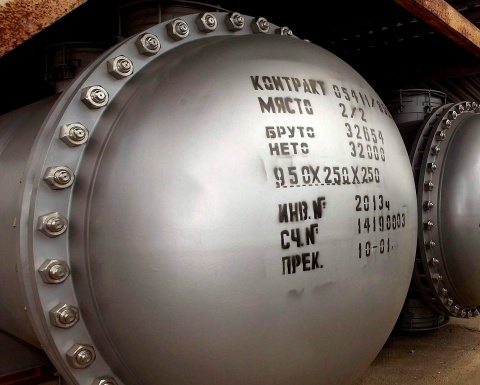 American Westinghouse had insisted Russian-made reactors are inferior than the US ones. File photo

On of the latest WikiLeaks publications sheds light on the reasons for the delay in the project to build a second Nuclear Power Plant in the Danube town of Belene in Bulgaria, the Russian daily Komersant writes.

The cable in question, dated September 2009, was sent from the American Embassy in Sofia. It was released by WikiLeaks and provided to the Bulgarian project for investigative journalism www.bivol.bg, bringing out new details about Bulgaria's energy sector and its dependence on Russia. The text has also been published at the Balkanleaks site, an analogue of the notorious whistle-blowing WikiLeaks.

According to the cable, in 2009, after the new Bulgarian government of the Citizens for European Development of Bulgaria, GERB, party took office, the American company Westinghouse, with the active support of the US Embassy in Sofia, had worked to push Bulgaria to cancel Russian participation in the NPP project by showing technical inferiorities in the Russian-made reactors, and proposing to Bulgaria to get away from the deal of sending spent nuclear fuel back to Russia.

In her September, 2009, report, Deputy Chief of Mission, Susan Sutton, gives account of a meeting between then newly elected Prime Minister, Boyko Borisov, and representatives of American energy companies.

At the meeting, the Westinghouse Vice President for Europe, Michael Kirst, has detailed his company's proposal to eliminate Bulgaria's dependence on Russian nuclear fuel by signing a contract with Westinghouse for the purchase of US nuclear fuel.

The Westinghouse representative had also presented a detailed comparison of Westinghouse technology to the reactors Russia plans to build at Belene. He had noted that current plans at Belene will leave Bulgaria with less than state-of-the-art technology (Generation 2) at a considerably higher price than Westinghouse and other western firms are selling Generation 3 technology.

Kirst had further warned that Bulgaria runs the risk of owning a "technology orphan" found only in Russia, Iran, India and China that would bind Bulgaria to Russia for the next 60-80 years, according to Sutton's report.

The full text of the cable read HERE and HERE.