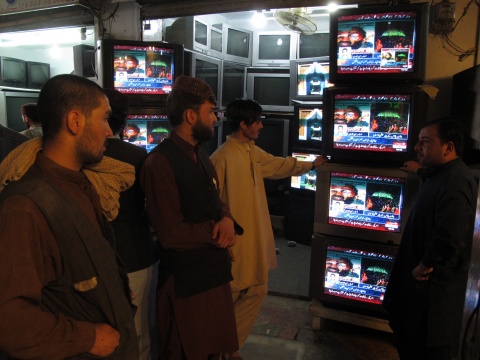 Pakistani men watch news on television showing handout pictures of Osama Bin Laden, leader of Al-Qaeda, who was killed in an operation in Abbottabad, at a TV shop in Quetta, Pakistan on 02 May 2011. Photo by EPA/BGNES

Taliban in Pakistan deny information that the founder and leader of the international terrorist organization Al-Qaeda, Osama Bin Laden, has been killed overnight.

According to Tehrik-i-Taliban Pakistan, TTP, (Student Movement of Pakistan) Bin Laden is alive. The authorities in Pakistan have not yet issued an official statement in connection with the Taliban claims.

The new that the Al-Qaeda leader has been killed was announced overnight by US President, Barack Obama.