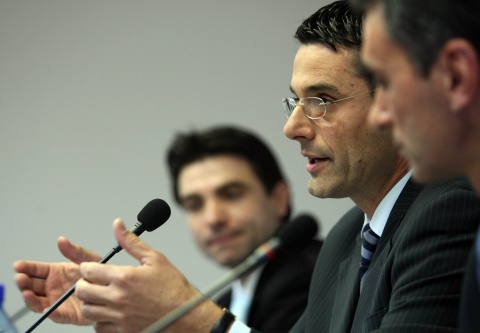 Representatives of the Jehovah's Witnesses in Bulgaria have complained they are attacked by VMRO. Photo by BGNES

Bulgarian nationalist party VMRO is going to stage a rally against the Jehovah's Witnesses in Bulgaria after the two formations have been tangled in a conflict in the recent weeks.

The VMRO rally will take place on Sunday, May 1, near the prayer house of the Jehovah's Witnesses in Sofia near the Lyulin metro station.

"We are against the enslavement of the human personality by religious sects and the use of religious feelings for commercial purposes that such sects carry out," VMRO's press center said Saturday regarding its motivation to protest against the Jehovah's Witnesses.

VMRO insists that the state authorities inspect the activities of all religious organizations and amend the Religions Act to demand that they register anew.

The attackers were football hooligans, VMRO explained afterwards, stating that the party intended to stage a peaceful protest. However, it warned that accidents like that one may follow if the Jehovah Witnesses are not banned.