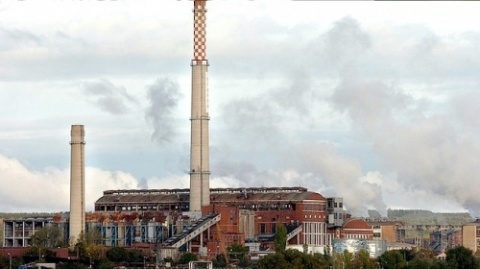 The Bulgarian government is about to shut down Brikel TPP. Photo by starazagora.net

The Bulgarian Brikel Thermal Power Plant is facing a sanction of BGN 119 M if it does not return quotas of BGN 18 M to the central registrar.

The information was reported Friday by the Bulgarian news agency BTA, citing the Deputy Environmental Minister, Evdokiya Maneva, who says the measure is imposed by the fact Brikel had exceeded by far the limit of 20 000 work hours, which expired last year, and had used more emissions than the norm.

The TPP continued functioning during the winter, despite continuous threats on the part of the cabinet to close it, the latest deadline being the spring of 2011, over the lack of alternative heating for schools, social homes, and hospitals in the nearby town of Galabovo.

Maneva says the closure is imminent since these reasons no longer exist and because there is an infringement procedure imposed by the European Commission, which Bulgaria, as a responsible member of the EU, cannot ignore.

The Deputy Minister reminds there is a decision of the Council of Ministries, mandating Brikel to stop work by the end of April while the owner had not done a thing to comply with the requirements.

There were three conditions to be fulfilled in order to prevent the closure – to obtain a complex permit for the TPP functioning; to install equipment for the cleaning of the sulfur gases, and to purchase quotas for BGN 18 M.

Maneva explained the only thing the owner had done so far was to submit in March an application with the Ministry for Environment and Waters for the permit, meaning he can obtain such permit no earlier than August.

"We have no intentions of conceding. In June we will report to the EC all plant with insufficient quotas, and the actions undertaken by their owners. The Ministry is preparing documentation about five TPP, Brikel among them, regarding gas emissions and we have no evidence, what so ever, Brikel had halted these harmful emissions," the Deputy Minister pointed out, adding the Mayor of Galabovo further failed to secure alternative heating for the town for the next winter, despite the cabinet's proposal to provide funds.

The government closure of Brikel is an administrative measure undertaken in accordance with the complex permit that the plant got in 2006, in which its management committed to fulfilling Directive 2001/80 of the EC. It allows the plant to function for 20 000 hours without sulfur filters.

On October 20, 2010, the State terminated all coal supplies to the Brikel thermal power plant.

After talks between Brikel's owner, energy tycoon Hristo Kovachki, the ministries of environment and economy, and trade unions, the cabinet has agreed to extend the operation of the plant by 6 months in order to provide central heating for Galabovo.

Kovachki had agreed to pay all fines that might be imposed on Bulgaria by the European Commission if the Brikel plant continues to work without the necessary environment preserving equipment.

In 2008, controversial energy tycoon HristoKovachki, in his capacity of informal leader, set up a political party called LIDER, with the former CEO of Brikel, Kancho Filipov, becoming its chair. In 2009, LIDER came close to making it to the Bulgarian Parliament amidst allegations that the management of the plants owned by Kovachki pressured the workers to vote for the party.

In mid-April, Kovachki was found guilty of large-scale tax evasion by the Sofia City Court.

Kovachki, one of the richest people in Bulgaria, is charged with tax evasion in the amount of BGN 17 M. He received a three-year suspended sentence with a five-year probation.