Death Toll in US Storms Climbs over 300 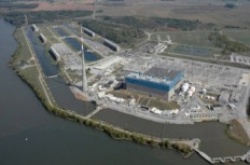 The Brown Ferry NPP in Alabama

At least 305 people have lost their lives in the last couple of days as a result of the deadly storms and tornadoes in the Southern US.

Some 204 casualties are recorded in Alabama alone, where the storms forced the Tennessee Valley Authority to close three nuclear reactors at a power plant, according to the Bulgarian Telegraph Agency.

Thousands have been injured, and untold more have been left homeless, hauling their belongings in garbage bags or rooting through disgorged piles of wood and siding to find anything salvageable, the New York Times reports.

President Barack Obama is to visit storm-ravaged communities in Alabama as south-eastern US states face up to the aftermath of the disaster.

"I want every American who has been affected by this disaster to know that the federal government will do everything we can to help you recover, and we will stand with you as you rebuild," he said, as cited by the BBC.