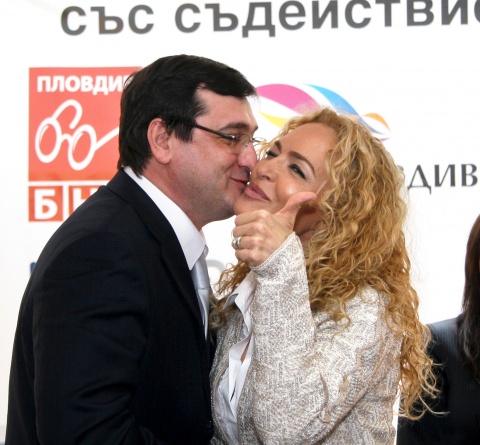 Bulgaria has practically declared war on Libya by sending its frigate to enforce a UN arms embargo, according to the eccentric nationalist mayor of Plovdiv, Slavcho Atanasov.

He has gone as far as summoning on Friday all heads of security services in the city and key city councilor to an emergency council because he expects attacks on Bulgarian cities after the Bulgarian Navy sent Wednesday the Drazki frigate to patrol off Libya's coast under NATO's United Protector operation to prevent arms imports from reaching the country where dictator Muammar Gaddafi's regime is fighting a popular uprising.

"By all international rules, if a battle ship enters the territorial waters of another state, this means war. If this happens, the big cities in Bulgaria are targets, including Plovdiv as the second largest city in the country. I am shocked that the other mayors are not reacting," Atanasov said as cited by Plovdiv24. He appears to have missed the fact that, technically, the Bulgarian frigate will not be entering Libyan territorial waters.

Atanasov has summoned the Plovdiv heads of the Bulgarian State National Security Agency DANS, of the National Service for Combating Organized Crime, of the local police, and the Civil Protection service. He will proposed the setting up of a staff to draft a security plan for Plovdiv, and will send official inquiries to Prime Minister Boyko Borisov, and President and Commander-in-Chief Georgi Parvanov.

However, Mayor Slavcho Atanasov was mocked for his statements by Plovdiv District Governor Ivan Totev.

"I have not received from the Prime Minister any directions or information that Bulgaria is in war with Libya. If the Plovdiv Municipality has declared war on Libya, that is another story," said Totev whose job is to represent the central government in the Plovdiv District.

He described Slavcho Atanasov's statements about Bulgaria being in war with Libya as "not serious" and "very weird."

Atanasov is known for his eccentric moves. Last year, for example, he temporarily hijacked the Panagyurishte Gold Treasure, Bulgaria's most famous Thracian treasure, arguing that it belongs to the city of Plovdiv.

As a representative of the nationalist party VMRO, he was elected mayor of Plovdiv in October 2007 thanks to the support of the now ruling party GERB but subsequently he fell out with GERB leader and Prime Minister Boyko Borisov and is now ruling Plovdiv with the support of the opposition Bulgarian Socialist Party.

After failing to win the elections to head the VMRO-BND party, he become instrumental in splitting it in two, and leading a new formation called VMRO-NIE, which is considered close to the President, Socialist Georgi Parvanov.