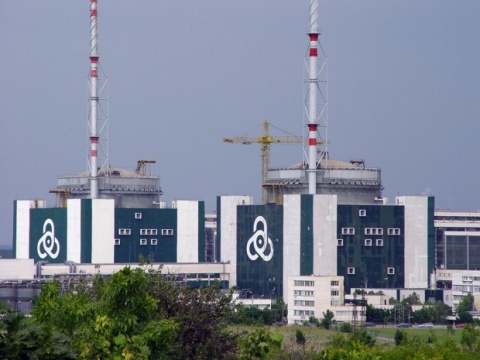 Unit 5 of the Kozloduy NPP saw a radiation gas leak after being shut for schedule repairs. File photo

The entire staff of Unit 5 of Bulgaria's Kozloduy Nuclear Power Plant was evacuated over a detected increase of radiation rare gases on Tuesday, April 26, 2011.

The evacuation took place at around 10:45 am on Tuesday, and was revoked shortly before 6 pm when the situation was normalized, the Kozloduy NPP management announced Wednesday night. The incident is said to have caused no consequences.

The radiation incident occurred after unsealing of the first section of 1000-MW Unit 5, which was just shut down for scheduled annual repairs and refueling on April 24, 2011.

The NPP staff took measures to normalize the situation. It was found that the increased radiation gas level was due to increased concentration of xenon isotopes (Xe-133). The gamma radiation rays in the hermetic zone of Unit 5 in Kozloduy reached 10% of the limit.

All staff members who were in the hermetic zone were tested and the results showed none of them got exposed to radiation above the norms; their maximum radiation exposure was calculated at 0.05 mSv with the limit being 0.5 mSv.

Monitoring of the sections outside of the hermetic zone showed no increase of radiation levels. The level of the radiation incident at Unit 5 of the Kozloduy plant was evaluated as "0" on the INES scale.

The news about the radiation incident in Kozloduy NPP's Unit 5 comes just as WikiLeaks release of US diplomatic cables made it clear that the manager of Bulgaria's sole nuclear power plant Kozloduy has been threatened with being "knocked off" unless he keeps quiet about an incident on the first day of March in 2006.

Only the 1000-MW Unit 5 and Unit 6 are in operation in the Kozloduy NPP after in 2002-2006 Bulgaria closed down the 440-MW Units 1-4 bowing to EU pressure during the EU accession negotiations.