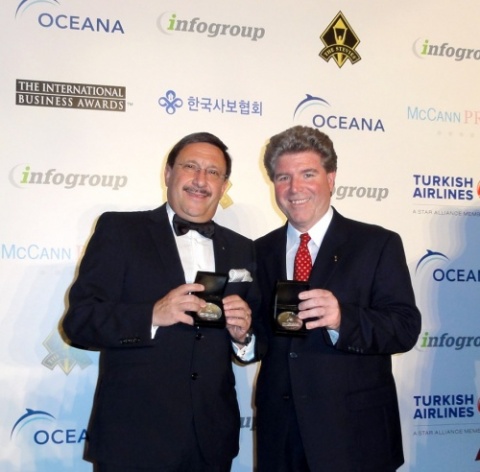 The largest Bulgarian PR agency M3 Communications has become an official representative for Bulgaria of the International Business Awards, also known as the Stevie Awards, or "the business world's own Oscars."

The Stevie Awards are the world's only international, all-encompassing business awards program. Nicknamed the "Stevies" from the Greek word for "crowned," they are designed to honor the efforts, accomplishments and positive contributions of companies and business people worldwide.

In September 2010, at the 7th Annual International Business Awards in the Ritz Carlton Hotel in Istanbul, Turkey, Bulgaria's M3 Communications Group, Inc., a Hill & Knowlton associate, grabbed the Stevie Awards in the categories "Public Relations Agency of the Year in Europe" and "Most Innovative Company of the Year in Europe." This was the second time that the company makes it to the finals for the best PR agency after its success in 2007.

The diverse categories of the Stevies provide for the participation of various companies making the awards attractive for different business sectors.

The Stevie Awards jury consists of 50 international experts; it selects the best companies in over 40 categories in sectors such as PR, HR, Web and social media, IT, management, advertising, marketing. Detailed information for participation in the Stevie Awards program is available HERE

"I am delighted that M3 Communications has become the representative of Stevie Awards for Bulgaria. This is an incredible opportunity for the Bulgarian business to demonstrate its level. The variety of categories makes the Stevies attractive to companies with diverse profiles. I believe that we will manage to prove to the world that the Bulgarian business is progressing, and I am certain that it will get a positive international assessment," commented M3 CEO Maxim Behar.

Bulgaria's largest PR company M3 Communications Group, Inc., founded in 1994, has just won the "PR Agency of the Year" prize of the Bulgarian Association of PR Agencies (BAPRA). The company is an associate of the largest Public Relations & Public Affairs company in the world - Hill & Knowlton, part of WPP Group Plc, founded in 1927, and featuring 75 offices in 42 countries..