WikiLeaks: Bulgaria N-Plant Manager Forced to Shut Up over Incident in 2006 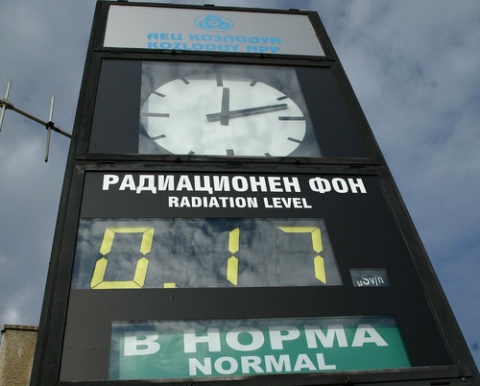 The manager of Bulgaria's sole nuclear power plant Kozloduy has been threatened with being "knocked off" unless he keeps quiet about an incident on the first day of March in 2006, according to fresh diplomatic cables of the US embassy in Sofia, revealed on WikiLeaks.

The cables, published by the site for investigative journalism www.bivol.bg, are entitled "Nuclear power incident highlights Bulgaria's pre-accession jitters" and were sent on May 19, 2006.

Authorities on March 1 discovered that a number of control rods used to shut down the reactor in an emergency situation were inoperable during a reduction of power at the reactor. Even though the IAEA characterized the incident as a relatively minor one, the Bulgarian government remained tight-lipped about what exactly had happened at the plant.

"The authorities never acknowledged a problem with the control rods or provided specific details or explanations of what had happened.  The NRA told us the agency had published a short press release on its website summarizing the incident two weeks after it occurred.  The media, however, was never informed about the press release, which went unnoticed," read the diplomatic cables of the US Embassy, signed by the then Ambassador John Beyrle.

It was only after an article in the German newspaper Spiegel speculated that Bulgaria had had a near-Chernobyl accident that Bulgarian officials were compelled to explain what had occurred.

The article quoted the former head of the NRA, Georgi Kaschiev, who alleged a serious accident at Kozloduy had occurred and the government was intentionally trying to cover it up.

The US Embassy in Sofia heard about the incident and the problems with the rods a week before the Der Spiegel article from an Embassy contact involved in the energy field.

He alleged that the manager of the plant had been told to keep the incident quiet or risk being "knocked off."

Beyrle points out that even after the article prompted the Bulgarian press to probe the authorities for more information, the GOB remained defensive.

The then Minister for Economy and Energy, Rumen Ovcharov, told the press on April 25 that "nothing out of the ordinary" had happened, and speculation surrounding the incident was the work of people who have done "everything they could to discredit Bulgaria's energy sector and the country as a whole."

Ambassador Beyrle comments that Bulgaria's last-minute jitteriness over its EU accession bid seems clearly to be behind authorities' reluctance to be fully open about safety concerns related to Kozloduy.

"The Bulgarian government, already concerned about a possible delay in its accession bid, probably fears giving Brussels one more reason to put off its EU membership," he concludes.