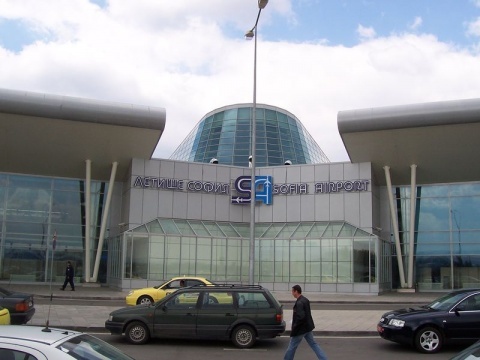 Sofia International Airport will be granted on concession in early 2012. Photo from Wikipedia

Major international transport companies have declared interest in the concessions of Sofia International Airport announced by the Bulgarian government on April 6, the Transport Ministry said.

The largest Bulgarian airport will most likely be in private hands at the beginning of 2012, according to the Transport Ministry, as cited by the bTV channel.

The Ministry is set to work out the conditions for the concession tender within the next 3-4 months, and the tender itself will be announced before the end of the year.

The future private concessionaire is supposed to keep all of the employees of the Sofia International Airport, to invest heavily in its modernization and development, and to cover its existing loans.

Thus, the future concessionaire that will most likely get to manage the airport for at least 30 years, will have to assume the current debts amounting to BGN 100 M, and will be required to invest at least BGN 120 M, including in new cargo, VIP, and business terminals.

The final approval of the tender for the concession procedure will be granted once the Ministry of Transport, IT and Communications drafts a detailed economic analysis of the requirements for the potential concession.

In 2010, State Company "Sofia Airport" registered a profit of BGN 14 M which has led critics to wonder why a profitable state-owned enterprise should be offered on a concession. Others in favor of the concession have argued that the profit of the Sofia Airport must be much higher.

The full concession of the airport proposed by the Transport Ministry marks a shift of opinion for Tsvetkov's team after it had recently argued that it would be best to offer on concession only the cargo terminal of the airport.

The Borisov Cabinet recently announced the start of concession procedures for the Shtraklevo Airport near the Danube city of Ruse, and the cargo terminal of the Plovdiv Airport; it is also starting a concession procedure for the Gorna Oryahovitsa Airport in central Bulgaria.

In 2010, Fraport Twin Star Airport Management paid the Bulgarian state a total of BGN 13 M for the concessions of the Varna Airport and the Burgas Airport, which is less than the total profit of State Company "Sofia Airport" for 2010.

According to draft changes in the Civilian Aviation Act, which are expected to be approved by the end of 2011, the future concessionaire of Sofia Airport will be given the right to determine airport fees.

The construction of Terminal 2 in 2001-2006 cost over EUR 200 M, provided from the Bulgarian government, EU pre-accession programs PHARE and ISPA, and from loans from the Euripean Investment Bank and the Kuwait Economic Development Fund.