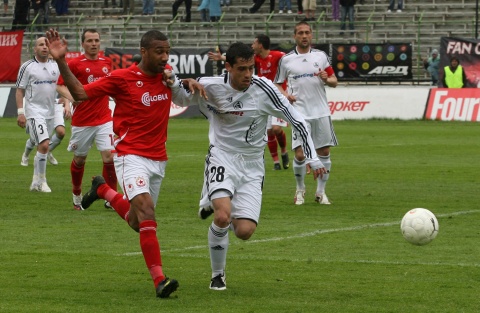 At the Bulgarian Cup final on May 25, PFC CSKA Sofia and Slavia Sofia will stage a re-play of their clash exactly a year ago, when the Sofia Army team scored a 3:1 win. File photo by Sofia Photo Agency

PFC Slavia Sofia made it through to the Bulgarian Cup final on May 25 after a dramatic penalty shoot-out clash against Pirin Blagoevgrad.

Following a 1-1 draw in the regular time, Slavia put an end to Pirin players' hopes for getting to the final after scoring 7 against 6 spot kicks.

PFC Slavia Sofia will play CSKA Sofia in the Bulgarian Cup final on 25 May following the conclusion of the semi-final ties.