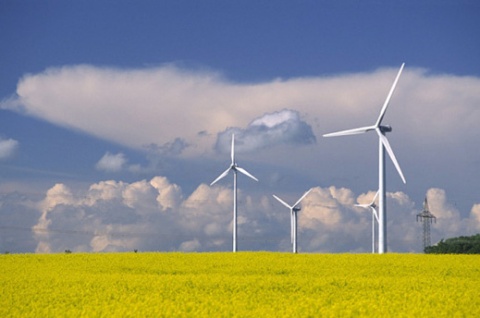 Bulgaria's Parliament has adopted a controversial draft of the long-anticipated Renewable Energy Act that seems to be designed to reign in the staggering growth of solar and wind energy projects.

Until now, the state was obliged to purchase electricity produced from renewable energy generators at high, fixed prices, which has led to a jump in declared investments totaling over 6 000 – a capacity surpassing that of the national grid.

According to the new law, long-termed fixed prices of electricity from renewable energy will be enjoyed only by those investors who manage to get a slice of the annual quotas for installing new production capacities using wind, solar, biomass, and geothermal energy sources.

Any investor which is left out of the quotas will have to forgo getting preferential prices for their renewable energy from the government.

The installation quotas for renewable energy sources themselves will be determined by the State Commission for Energy and Water Regulation (DKEVR) each year by the end of June.

It is unclear how exactly the government body will decide who gets in and who will be left out in the quotas, and how large the annual quotas will be - especially since only recently Bulgaria's Environment Minister Nona Karadzhova said the country is already ahead of schedule with its renewable energy since it has committed to get 16% of its energy from renewables by 2020, and has already reached 15%.

The GERB party government says Bulgaria only needs to 2 000 MW of renewable energy capacities to meet the 16% green energy target. In 2010, Bulgaria's total solar energy capacity reached 10 MW from 1.4 MW in 2008, and the installed wind energy capacity grew from 103 MW to 336 MW.

Any renewable energy that does not get into the recognized quotas will be bought on prices determined on the basis of the investors' production costs.

Renewable energy facilities such as roof panels and micro plants for the personal use of plants will not be counted in within the annual quotas for new installations.

An array of private investors and business associations have already expressed their disappointment with the provisions of the new Renewable Energy Act saying it is aimed at closing the market for many new investments.

They see one of the new law's provisions requiring that investors pay a connection fee of BGN 50 000 per planned megawatt when signing a preliminary contract as a harshly restrictive measure designed to limit the number of new projects because of the inadequacy of the outdated power grid to accommodate all of them. The investors' potential frustration appears to have grown over the fact that the law has been under consideration by the government since the fall of 2009.

The new law further put off the stricter requirements for the use of biofuel until January 1, 2012. Thus, after that date diesel sold in Bulgaria will have to contain 5% biodiesel, and gas – 5% bioethanol; as of June 1, 2012, the percentage for both is increased to 6%.