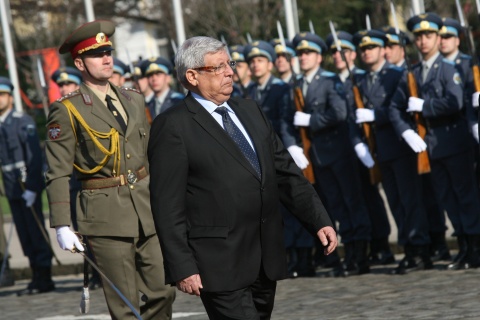 Bulgaria will spend BGN 2 B on armament purchases and military modernization projects by 2020, according to the investment plan of the Defense Ministry made public Thursday.

Thus, the government plans to spend about 1.5% of the GDP per year on average on defense in the next 10 years, Bulgaria's Defense Minister Anyu Angelov explained.

The investment plan of the military contains 13 major projects but according to Gen. Angelov the ministry has 40 "spare" projects that will be carried out depending if additional funds are available. The Defense Ministry will continue to pay its dues for 29 ongoing projects.

It is still unclear how realistic the Defense Ministry's investment plan will turn out to be since the some EUR 1 B is a substantial sum for Bulgaria's state spending even spread over a period of 10 years.

The money will technically be part of the capital expenditures of the Defense Ministry, which in 2010 amounted to only BGN 7 M as the institution made a severe push for austerity after in 2009 it turned to be penniless over lavish arms purchasing contract made by the previous government that its current leadership is still trying to renegotiate.

The investment plan of the Defense Ministry will not be subject to approval by the Cabinet and/or the Parliament because it is indicative, which also allows it to avoid providing absolutely specific numbers and to be easily repealed by the next government in case of substantial budgetary restrictions. Angelov, however, seemed very positive regarding the prospects of the unveiled plan.

"This investment plan will not remain only on paper," he told journalists vowing not to leave his successor in a situation in which they have to pay out deferred payments for military contracts.

About half of the BGN 2 B will go for the purchase of new multi-purpose fighter jets for the Bulgarian Air Force – a long-anticipated armament deal that will be the priority for the Defense Ministry because at present Bulgaria still has only Soviet-made planes with even the most modern ones – MiG 29 – being approaching rapidly their expiration date.

Various reports and Angelov himself have indicated that Bulgaria will most likely choose from among the Swedish company Saab's Gripen fighter jets, US-made F-16, and Eurofighter Typhoon. Bulgaria will probably buy 8 new fighter jets to be delivered around 2015.

The 13 priority projects of the Bulgarian military investment plan are as follows:

Setting up a battalion battle group of various types of forces – worth over BGN 100 M, which means that it will require the approval of the Parliament;

Modernization of the three-second hand frigates bought from Belgium – worth over BGN 50 M, therefore requiring the approval of the Cabinet;

Maintenance of the newly purchased Cougar and Panther helicopters – below BGN 50 M – requires the approval of the Defense Minister only;

Modernization of the navigation systems of the Bulgarian Navy – below BGN 50 M;

Acquisition of equipment communication and information support of a military detachment;

Acquisition of a new land-based military terminal – below BGN 50 M;

Development of technical systems for strategic surveillance – below BGN 50 M;

Completing the creation of special operation forces – below BGN 50 M;

Constructing operational headquarters of the Joint Command – below BGN 50 M;

Establishing an automated information system of the military – below BGN 50 M.