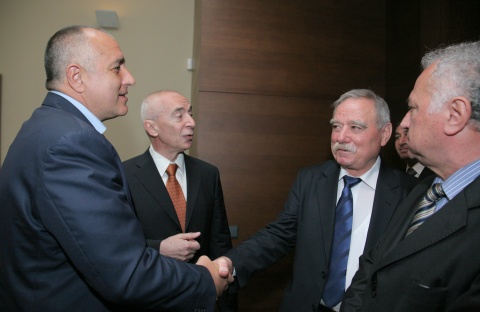 Bulgaria will take all necessary measures to join the European Space Agency, the country's Council of Ministers has announced.

This was made clear after Bulgaria's Prime Minister, Boyko Borisov, met with Russian and Bulgarian cosmonauts in connection with the 50th anniversary of first manned space flight – that of Yuri Gagarin – on April 12, 1961. Russian cosmonauts Viktor Savinih and Yuri Gizdenko, Bulgarian cosmonauts Georgi Ivanov, Alexander Alexandfrov and Krasimir Stoyanov, Petar Getsov, head of the Bulgarian Academy of Sciences' Space Research Institute, as well as Russian Ambassador to Bulgaria, Yuriy Isakov, were present.

Bulgaria has a prepared a project to produce a microsatellite over the next couple of years, it was made clear during the meeting. It will give back detailed information about the surface and environment of Bulgaria and the Balkan peninsula.

So far, two Bulgarian cosmonauts, Georgi Ivanov in 1979 and Alexander Alexandrov in 1988, have entered space, both on Soviet Union flights.

Ivanov announced he is about to have talks with President Georgi Parvanov, Prime Minister Boyko Borisov, and Parliament Chair Tsetska Tsacheva to push for a reboot of the Bulgarian space program.