Croatia Rallies Against EU, Serbia For: Are the Tides Turning? 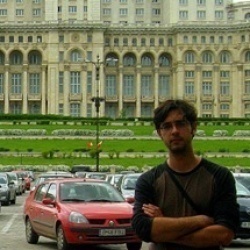 Saturday has been a remarkable day in the Western Balkans as simultaneous, nationalist-undertoned major rallies in Croatia and Serbia undermined the perception of EU allegiance for both countries.

The Friday International Hague Tribunal sentencing of Croatian generals Ante Gotovina and Mladen Markac for crimes against humanity during the Yugoslav wars catalyzed public outrage in the country, which materialized in many thousands rallying in major cities across the country.

Those protesting in traditionally EU-friendly Croatia were not only indignant to what they saw as an insult towards their country’s war of independence, but also vented anger in anti-EU signs and slogans, frustrated at a slow and insensible accession process.

At the same time tens of thousands gathered in Belgrade, united under the banner of former hardline anti-Europe nationalists from the Serbian Progressive Party, rooting for a swift EU accession, and calling for an end to President Boris Tadic’s rule.

A popular feeling in Serbia that the EU has been chronically unfair to the country, what with member states seconding other participants in the Yugoslav war and then straight out bombing Serbia during the Kosovo crisis might be switching direction with a stagnant economy and rising unemployment.

In EU-friendly Croatia, nationalistic protesters carried anti-government signs too, and called for an end to the rule of PM Jadranka Kosor’s cabinet.

It goes without saying that in accession talks, the EU does not deal with cabinets but rather with countries. But it is also true that EU officials have been long out of touch with social and political processes going on in the Western Balkans. (And – it is also true that some member-states got it deeply wrong ever since the first spark of the Yugoslav wars.)

If the EU has a sound purpose to fulfill in the process of enlargement – and if it is to be more than a bundle of hollow-sounding messages and procedures – it better give a thought not only to what happened on Saturday, not only to what is happening in Croatia and Serbia, but also to what Europe the present and future European citizens would like to live in.