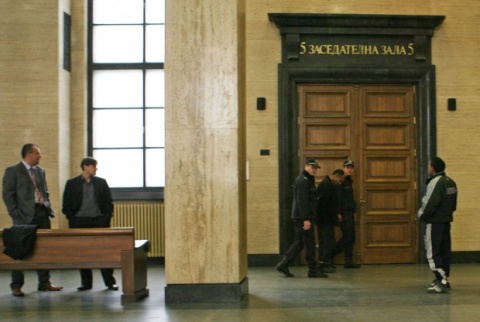 The new special mafia tribunal in Bulgaria must be launched within five months, but repairs in the building to house it are far from getting started. File photo

Bulgaria's Chief Prosecutor, Boris Velchev, issued another call Thursday to the Supreme Judicial Council (VSS) to get hard to work on the launch of the new special mafia tribunal.

"It would be better to not do anything, instead of simulating work," Velchev told his colleagues over the last debate involving the tribunal – the failure of VSS and the Justice Ministry to agree who must pay for repairs and renovations of the old building of the National Agency for State Security, DANS, which is to house the new court.

In addition, just five months before the scheduled launch of the tribunal, the Finance Ministry has not yet transferred the necessary BGN 6.3 M. It also became clear the building must not only be repaired, but needs an addition to be built otherwise three special mafia prosecutors and/or judges would have to share one small office.

Even with this, there would be no room left for the investigators, and there is no space for keeping and guarding the detainees.

The Justice Ministry, which is supposed to be in charge of the renovations, is yet to hire an architect. All contractors will be selected through the speedy public procurement procedure.

Just two weeks ago, representatives of the ruling Citizens for European Development of Bulgaria, GERB, party, of VSS, the Prosecutor's Office and the Supreme Court of Cassations (VKS) declared after their joint meeting that all disagreements about the tribunal have been ironed out with the VKS Chair, Lazar Gruev, even recalling his statement the tribunal would stir "colossal chaos" over the work overload of the magistrates, combined with lack of funding.

The debate about the funding of the repairs stems from the fact VSS and the Justice Ministry are arguing what definition to give to these repairs – if they are "major" ones, they must be paid by the Ministry; if "minor" – by VSS. The Finance Ministry, on their part, is not transferring the funds on the grounds of the missing definition.

According to VSS, the only certain thing is they will be able to hire the needed magistrates in the next five months.