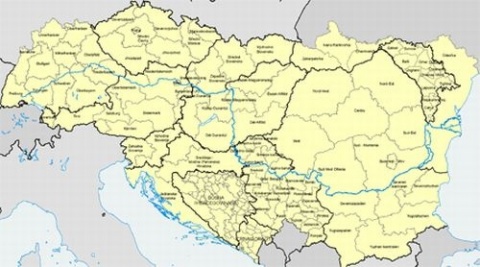 14 countries will participate in the Danube Strategy for joint developemnt. Map by http://ec.europa.eu

The EU 27 ministers for EU affairs have given a green light to the much anticipated Danube Region Strategy, which is supposed to help uplift economically Central and Southeast Europe.

"Therefore, the first part of the Presidency's agenda has been reached and completed. Now we turn to the pre-implementation phase, so the Strategy can commence with a swift start following the endorsement by the June European Council," declared Hungarian Minister for Foreign Affairs, J?nos Martonyi, who chaired the meeting, as cited by the website of the Hungarian EU Presidency.

In its meeting held in Luxembourg, the EU General Affairs Council approved the conclusions about the Danube Region Strategy developed by the Hungarian Presidency in recent months.

The starting point was the communication presented by the European Commission in December 2010, and the draft submitted to Member States, was a result of the intensive negotiations of recent months.

J?nos Martonyi said in the meeting, that the adoption of the conclusions also means the end of theoretical debates.

"Macro regional strategies do not require new EU funds, new EU institutions or new EU instruments," J?nos Martonyi said at the press conference. This means  better alignment of funding, more efficient coordination of instruments and new ideas will be in focus, he explained.

EU Commissioner for Regional Policy, Johannes Hahn, acknowledged the Hungarian Presidency for this initiative in the press briefing held after the meeting. "From a marketing perspective, this conveys a much more positive message,"Hahn added humorously.

In response to journalists' questions, Johannes Hahn said that the action plan drafted by the Commission contains over 100 possible projects. According to the Commissioner, in the upcoming period the task will be to select the first projects to be implemented from among these.

"The first tangible and spectacular results are expected for next year", the Commissioner added making it clear that a marked progress in the Danube Region is expected to be seen by 2020.

Member States agreed that there is a huge potential in territorial strategies, "In this particular case at the macro regional level, for contributing to the economic, social and territorial cohesion of the EU, for achieving EU objectives, for enhancing the importance of sustainable development, and for helping to adapt to future challenges the EU has to face."

According to Member States, this will require a direction which matches the entire EU's long-term growth objectives, so the conclusions highlights that both the Europe 2020 growth strategy, and the European Sustainable Development Strategy served as guidelines in the development of the framework of the Danube Strategy.

One of the strategy's main aims is to reduce the economic discrepancies and ease the communication between the 14 nations: Germany (Baden-W?rttemberg and Bavaria), Austria, the Slovak Republic, the Czech Republic, Hungary, Slovenia, Croatia, Serbia, Bosnia and Herzegovina, Montenegro, Romania, Bulgaria, the Republic of Moldova and Ukraine (the regions along the Danube). Eight are Member States of the EU and six are not.

Together, the Danube region accounts for as much as 20% of the total EU territory and has 115 million citizens. It includes as well the poorest countries in EU (Bulgaria and Romania) as Austria and Germany.

Among the key areas in which the Danube strategy is focused on are tourism, transport, ecology, economical and social development.