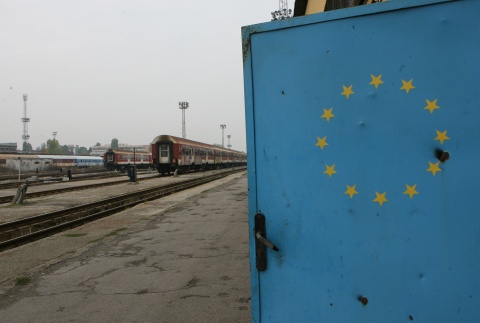 Bulgaria's parliament approved conclusively on Wednesday a state loan for the Bulgarian State Railways (BDZ) totaling BGN 140 M, which will be used for paying off debts to creditors and suppliers.

The sum will be provided from the central budget and it will be a loan from the Bulgarian Development Bank. The money will be refunded in the state treasury after the company receives a loan from the World Bank.

The credit will have an interest rate of 5.15%.

The old debts of BDZ, which is the least developed railway operator in Eastern Europe, are more than BGN 500 M, but together with current obligations amount to almost BGN 1 B.

Bulgaria's Transport Minister Alexandar Tsvetkov has explained that the loan was crucial for the company, adding that the plan for restructuring of the company includes 100 measures for optimization of every single activity of the company.

At the end of 2010, it was made clear that Bulgaria might receive up to BGN 460 M as a loan from the World Bank for the Bulgarian State Railways, which are to be received in the summer the earliest.

Under the conditions for the loan, the Bulgarian authorities were supposed to send within six months a plan for restructuring of the company, which should be officially notified.