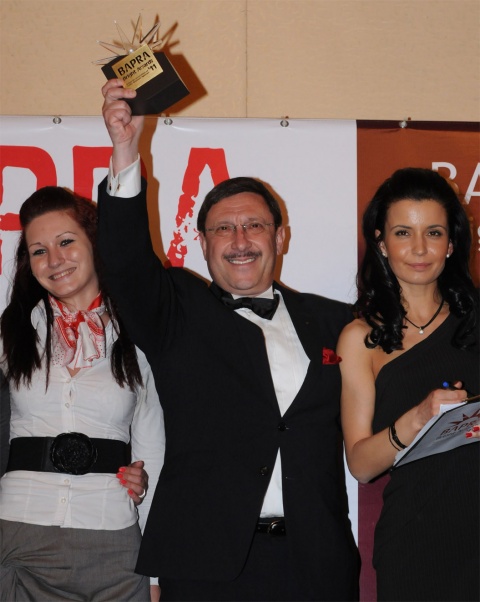 M3 Communications Group, Inc, the largest Bulgarian PR agency, triumphed Monday night with the "PR Agency of the Year" award at the glamorous ceremony in the Sheraton Sofia hotel organized by the Bulgarian Association of PR Agencies (BAPRA).

"I am proud of this recognition not only because the award winners were selected by a jury including the best international PR specialists. I would like to thank our wonderful team and our numerous clients. And the most important thing is: we've got greater achievements ahead of us," Maxim Behar, CEO of M3 Communications Group, Inc., declared upon receiving the top prize at the BAPRA Bright Awards 2011.

Late Monday night it became known that two of projects of M3 Communication Group, Inc, "Cross Safely with Postbank" and "For Women and Science" of L'Oreal and UNESCO have reached the finals of the finals of the Sabre Awards, the world's largest and most sought after public relations awards competition which recognizes Superior Achievement in Branding and Reputation in North America, EMEA and the Asia-Pacific region.

The BAPRA Bright Awards jury is chaired by the world's most renowned PR analyst Paul Holmes, founder and CEO of the Holmes Report, an editor and publisher with more than 20 years of experience in analyzing PR techniques and providing PR counseling.

BAPRA Bright Awards is the first PR contest in Bulgaria with a jury made up of international judges. In addition to its Chair Paul Holmes, the jury features experts from the USA, UK, Romania, Germany, Slovakia, Denmark, Finland, the Republic Republic, France, Russia, and Belgium, including influential figures in global PR and members of the International Communications Consultancy Organization (ICCO).