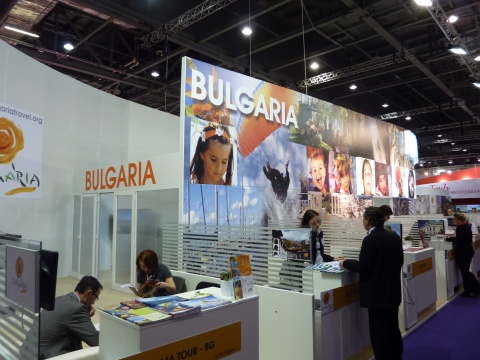 Bulgaria's national tourism will be handled by a special state company if the draft Tourism Act is adopted. Photo by BGNES

Bulgaria's Economy Ministry is going ahead with setting up a "Bulgarian Tourism Association" State Company to manage the country's national marketing and tourist image, according to the draft Tourism Act.

The future State Company "Bulgarian Tourism Association" is said to be in charge of Bulgaria's tourism advertising, participation in international expos, and the development of marketing strategies and communication campaigns. It is will feature a consultative council with representatives of the business tourism associations.

The proposed state company for Bulgaria's national advertising will be subordinate to the Economy Minister. It will be funded with 10% of the total revenues from tourist tax, 50% of all fines under the Tourism Act, fees from tourism expos as well as additional state funding.

The draft law published by the Ministry of Economy, Energy, and Tourism Tuesday further provides for dividing Bulgaria into tourist regions to be under the responsibility of organizations for destination management.

The other major brainchild of the Bulgarian Economy Ministry, the destination management organizations (or tourism regions), will feature representatives of municipalities and district authorities as well as local tourism associations. Any other tourism-related organizations will be free to join – including parks, museums, etc.

The destination management organizations will be allowed to create marketing strategies and advertising campaigns for the specific region, and to provide their projects to the future state tourism company. Each of them will have a governing council of 9 people – 5 businesspeople, 3 municipal officials, and 1 district governor's office official, and a supervisory council of 3 people – one from the economy and finance ministries each, and one elected by their general assembly.

The tourism regions will be funded through the contributions of their members, 20% of the tourism tax, and income from commercial activity, and donations. Their main goal will be to take care of the marketing and advertising of the respective region.

Upon taking in 2009, the Borisov Cabinet shut down the former State Tourism Agency and turned the Economy and Energy Ministry into a Ministry of Economy, Energy, and Tourism. This restructuring does not appear to have produced much in terms of tangible benefits for the development of tourism in Bulgaria.