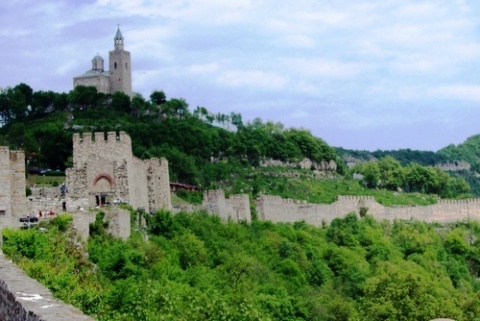 A ritual change of a guard of honor in front of the mediaeval fortress Tsarevets in the old Bulgarian capital Veliko Tarnovo is going to be the latest attraction in the city this tourist season.

The premiere of the 15-minute show is scheduled for 7:30 pm on April 15 as part of the program of the international expo "Culture Tourism," and after that it will be offered every weekend through the summer.

Under the sounds of drums and horns, a group of 15 guards, armed with swords, spears and shields, led by four horse riders and two soldiers with the colors of the Assen Dynasty are going to walk from the bridge known as "Vladishki Most" by the "Saints 40 Martyrs" church to the entrance of the fortress where the procession will end its march.

The change of guard is going to take place there with the fortress being closed symbolically.

The drop of royal flags on the walls of Tsarevets under the toll of church bells will be part of the attraction as well.

The show includes 30 actors while the costumes and the props are being provided by the National Opera and Musical Theater in Sofia.