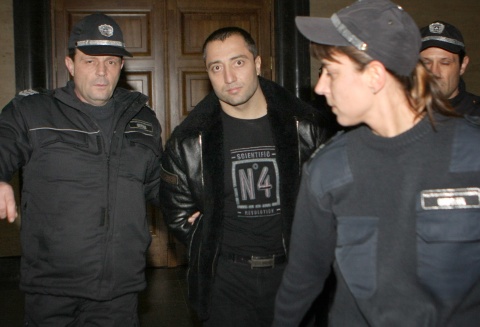 In 2008, Zhelyazkov was sentenced to 4 years and 10 months for heading an organized crime group specializing in drug distribution on the southern Bulgarian Black Sea coast. His sentence was below the minimum stipulated by law because he made an arrangement with the prosecution to plead guilty.

Back then, Zhelyazkov's sentenced was widely advertised by the three-way coalition government as a sign that it was cracking down on mafia bosses even though few, if any, such sentences of high-profile criminals have been seen since then.

Friday's ruling of the Burgas Appellate Court has rounded his overall jail term to 6 years and 4 months, which means that he will have to spend 18 more months in prison.

While Zhelyazkov was jailed, however, there were frequent reports in the Bulgarian media that his regime in jail was extremely relaxed, and that he was let on long leaves, and detected at beach parties.