Moody's: No Plans for Upgrade in Bulgarian Banks Ratings 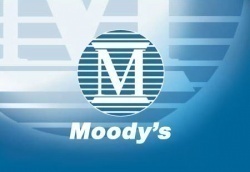 Moody's Investors Service, which placed earlier this week Bulgaria's Baa3 government rating on review for possible upgrade, said the move would not impact the ratings of the four rated Bulgarian banks.

"Although the government's finances are improving, the operating environment for the banks continues to remain challenging, with limited credit growth and continued increases in non-performing loans," Moody's said, as cited by Bloomberg agency.

"Although most of the banks remain profitable and have strong capital buffers to absorb credit losses, the cost of risk has increased and provisioning expenses have risen, pressuring the banks' net profits."

The outlook had been positive since January 2010.

The move comes thanks to the government's strong balance sheet, a prudent budget reserve and expectations it will bring its deficit below the European Union's 3% limit, Moody's said.

Moody's review will look at whether the prospects for growth are likely to be constrained even further by stagnant bank credit conditions, given the roughly 30% of the system owned by Greek parent banks.

Although Bulgarian banks, which are 82% foreign-owned, are well-capitalized and liquid despite relatively high non-performing loans, the Greek-owned banks are a source of potential risk, Moody's said.