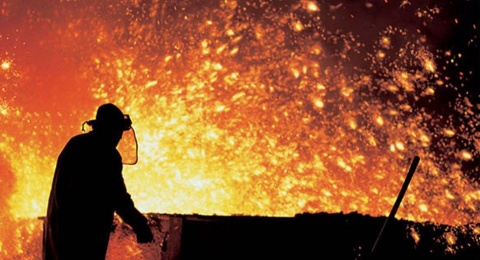 Bulgarian metallurgical workers will be paid at least BGN 400 monthly. Photo by uctm.edu

The minimum monthly salary in Bulgaria's metallurgy sector has been increased from BGN 350 to BGN 400, according to a new collective labor contract signed Thursday.

The 14.3% monthly salary increase for the metallurgy sector together with increases of food allowances (12.5% increase) and additional pay for night shifts (20% increase) were sealed by the metallurgy unions of the two major Bulgarian syndicates, the Confederation of Independent Bulgarian Syndicates KNSB and the Podkrepa Labor Confederation, and the business sector represented by the Bulgarian Association of Metallurgical Industry.

The new collective labor contract was signed in the presence of Labor Minister Totyu Mladenov.

The universal minimum monthly salary in Bulgaria at present is BGN 240, and Mladenov has been urging its increase to BGN 270.

In a joint statement, the business owners and the unions in metallurgy sector have praised their long-standing cooperation pointing out that the Bulgarian metallurgical workers have been without a collective labor contract in the period after 1989.

The new metallurgical collective labor contract is unique with the fact that it also features commitments on part of both the employers and syndicates. It further provides for investments in education and human capital.

The contract was facilitated by the newly founded Sector Consultative Council for evaluating the competence of the work force in metallurgy.